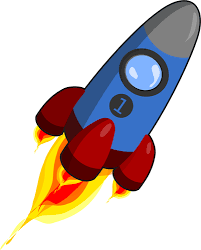 Now that the weather is getting a little warmer, it can be fun to experiment a bit with water. In this case, build a rocket.

What you need is:

Pour 1 teaspoon baking powder into the film jar. Fill up to about half the jar with water.
Quickly snap on the lid, shake once, set it upside down and take a step back.Explanation
Baking powder consists of about 30% bicarbonate, 40% some acid (eg sodium pyrophosphate) and 30% moisture resistant substance (eg corn starch). The baking powder reacts with itself when it comes into contact with water – bicarbonate and acid react to form a salt (which depends on the acid) as well as carbon dioxide.
The carbon dioxide is in gaseous form, which means it takes up a lot of space. The more carbon dioxide that is formed, the more pressure inside the film can increase (this high pressure is due to the fact that the carbon dioxide molecules are forced on a small volume while they collide a lot with each other and the film can walls). When the pressure becomes sufficiently large, the carbon dioxide molecules shoot out of the film can, while the lid flies off and the film can lift.

Thank you to the Experiment Café in Sigtuna for this experiment.
If you enjoyed this post, please consider leaving a comment or subscribing to the RSS feed to have future articles delivered to your feed reader.