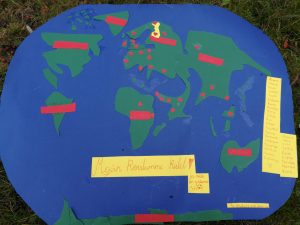 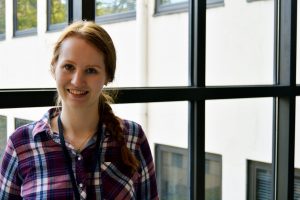 Catharina, a trainee at the city administration of Bonn in Germany, spent six weeks in Turku. In three weeks she visited three different schools.

I am Catharina, a trainee at the city administration of Bonn in Germany. During my training I learn a lot of different kind of tasks in the administration so when I am finished next year I’ll be able to work in every department.

The city of Bonn wants its employee to learn about the work in other cities abroad and wants them to improve their intercultural skills. Since education is one of the most important things in a society and the Finnish school system is famous all around the world, my goal was to learn more about it.

So I was really happy for the chance to spend six weeks in Turku. Four of them are already over and I’ve spend three weeks in three different schools.

The first week I’ve been in the special school Katariina, followed by a week in the Nummenpakka comprehensive school. My last complete week in a school I’ve been in the Vasaramäki comprehensive school. In all the schools I followed the principle with his or her daily work, I attended some classes to see what’s happening inside and talked to the teachers about their job. Only for one afternoon I visited the new Syvälahti school with its open concept.

I also spend some time with different colleagues of the basic and early childhood education administration. Here I learned about the work that is done in the offices and about some projects like ‘school on the move’ or ‘STEAM’.

For one day I have been in the Kukola kindergarten to see a day in a preschool and the afternoon in a daycare center. In Germany there is no real preschool. In the year before school a lot of kindergartens offer a little different program. They might bring these oldest children together once a week to practice some social skills and learn just a little bit. They also learn how to behave in traffic, to stop at a light and to watch out for cars. German children will get to the school on their own after a couple days of practice. So the differences to Finnish kindergartens or preschools are just small as far as I can tell.

Wherever I went one of the first things I heard is that trust is the basic of the whole school system. Cities, schools and teachers can decide a lot of things on their own and there are no inspections. Different than in Germany are definitely the sizes of schools and classes, German ones are bigger.

What I didn’t expect was that children in Finland actually start school later than most other countries and that their preschool is a lot about playing.

What really surprised me is that the pupils just have few lessons during their week. Pupils in Germany start with a similar amount of hours in the first year but they’ll have 30 lessons per week when they get into the fifth grade with a raising number in the following years. Still children wouldn’t get home later than Finnish children because there is only a long break after every second lesson and lessons start around eight every day. Schools don’t offer free lunch. One reason is probably that our lunchtime is later when most of the children are back home already.

Being in this city for a little while I realized a huge amount of (free) sports facilities. The city is full of parks and many people walk or take their bike. Comparing to Germany I see less people with overweight and more athletic people. The healthy lunches in schools and the exercises during the breaks seem to have a good impact, something we should definitely push more in Germany.